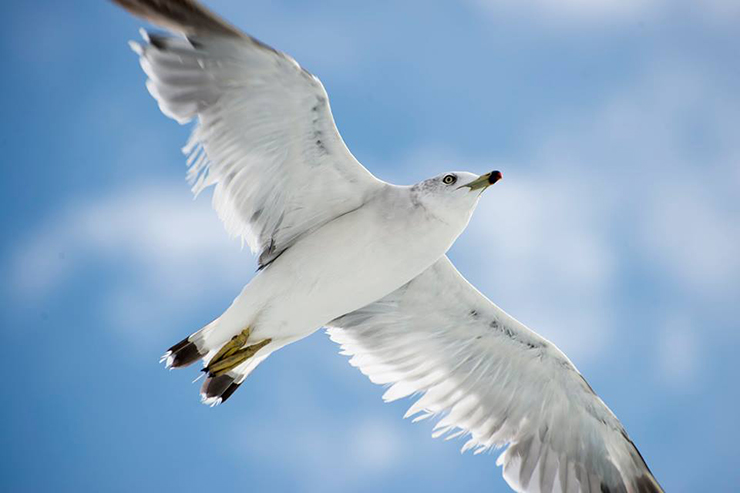 In the face of the Japanese government's forceful promotion of the security-related bills, our trust in peace, which we had been familiar with for 70 years, is wavering. A sense of discomfort, insecurity, and crisis has suddenly spread among us. We are now anxious about what is outside the windows, which we had never noticed when sleeping inside a safe, peaceful home. In this very moment, people start thinking about what each of them can do; they exchange information and take actions. To raise voices and resist apparent changes happening at such a furious speed is certainly a necessary action in order to live in the present. However, on the other hand, what weighs on my mind is that the recent anti-war movements seem only to be rejecting war vaguely based on what people have previously seen or heard of, but those actions arise from knowledge or images of what they have heard of, which are far removed from the actual realities of death. Politics keep evolving around different intentions, creating a huge gap between itself and the will of citizens. For this reason, I believe that in order to begin creating our future in a concrete manner, there is work to be done - of sensitively listening to different voices.

Presenting the words of the dead through one's voice/body is probably an action of somehow trying to touch the sorrow, hatred, and hope that we cannot nearly manage to take on. It may be like going deep underground to trace water streams, flowing at an incredibly slow speed compared to the current of the times. Making pauses and going back to the cause every now and then, as if reconnecting the fraying thread, we take poetry outside the theatre.

Four Thousand Days and Nights Executive Committee is a voluntary organization formed in 2015 to enable the continuous promotion and management of Four Thousand Days and Nights project. The committee creates works based in Sumida Ward, Tokyo, and makes small-scale performances in cities across Japan. Through its works, it aims to build organic ties with audiences from all regions and generations, creating opportunities to consider diverse issues of the next generation.

This poetry performance project is centered around Ryuichi Tamura's poetry collection Four Thousand Days and Nights. The collection is regarded as a vivid record of sceneries and feelings that Tamura himself experienced during the 4000 days after the end of W.W.Ⅱ. Poets of his generation created their own network at that time, generating a stream in Japanese modern poetry called the "Arechi" (waste land) group. Those words were the works accomplished by male Japanese writers in their twenties, who lived during the times of war.

70 years later, we are witnessing the arrival of another new era. Reflecting on the events that are to occur in the duration of the coming 4000 days, we will create performances through use of various verses from Tamura’s poems, poetry magazine Arechi, and other sources. The enormous amount of words the poets left from their youth remind us of repeating death. Converting it to experiences of our bodies, we aim to construct a network to continue sharing and thinking about it.

The performances need to be movable, and producible through collaboration with the people we meet on every occasion. By making numerous small-scale performances over a long period of time, like a poetry collection, we will accumulate images and memories that come about and go, as well as gaps to ponder. Adding to that, we will hold talk sessions relevant to each performance. The sessions are designed as important occasions to converse, turning the experience into words over again. We hope this accumulation of slowly-collected thoughts would cultivate the nature of discussion by itself, beyond differences between audience and creators.

Project members are: Director Yukari Sakata, performers, and researchers. This team works with different collaborators for each project, especially with young artists in their 20's and 30's. It will also focus on international co-productions with foreign artists. 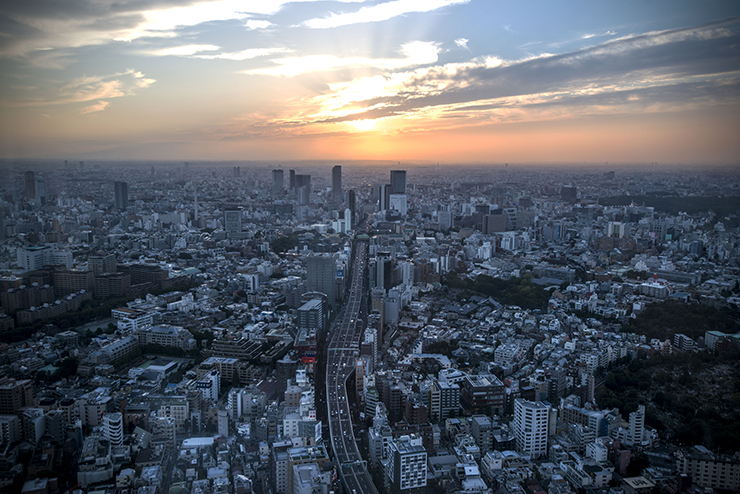 Ryuichi Tamura was a poet/essayist/translator (1923-1998). Tamura was born in 1923, in Kita Toshima Gun, Tokyo Fu. He entered Meiji University in 1941 and majored in literature. During his university days, he was drafted into the Imperial Japanese Navy. Tamura started the poetry magazine Arechi (waste land) in 1947 with Juro Miyoshi, Nobuo Ayukawa, Saburo Kuroda and others, and became a central figure of the group. In 1956, he published his first poetry collection Four Thousand Days and Nights. He was awarded the Takamura Kotaro Prize for The World without Words in 1963, the Yomiuri Literature Prize for The Joy of A Slave in 1985, and the Modern Poet Prize for Hummingbird in 1993. He published 1999 in 1998, 3 months before his death. The Traveler Returned, which was published after his death, became his last poetry collection.

Yukari Sakata is a theatre director. Born in 1987 in Ota Ward, Tokyo, she studied theatrical arts in Tokyo University of the Arts and started directing. After graduation, she took part in numerous works and projects as technical staff in theatres all over Japan, she resumed directing in 2013. She is currently a member of the Creation and Technical Unit at Shizuoka Performing Arts Center (SPAC). Her works as director include BOMBSONG (International Drama Reading Festival [Japan]), Proserpina (Festival/Tokyo 09), Rashomon|Yabunonaka (International co-production with Al-Kasaba Theatre, Palestine, Festival/Tokyo 14). yukarisakata.com

Tomohiko Kyogoku is a dancer/choreographer/actor based in Kyoto and Tokyo, Japan. In 2007, his first solo piece Blunt Thrust, which was his graduation project, won the Principal's Award at the Kyoto University of Art and Design. After his graduation, he worked with various choreographers from all over the world and as a dancer for artists such as Jodi Melnick, Jung Young-Doo, and Billy Cowie among others. He founded Tomohiko Kyogoku Dance Project in 2012 and presented his own work not only conventionally at theaters, but also at dance clubs, concert halls and outdoor venues. In the same year, he also took over the role of art director at Kyoto Dance Creation, which operates as a platform for young choreographers in Japan, since 2012. His solo piece Kairou has been invited to numerous dance festivals in Japan, such as the Fukuoka Dance Fringe Festival 2013.
In 2015, he performed in Bunshin, the first performance of Company Derashinera's White Theatre series. In autumn, he held a recreation of his choreographic work talking about it in Vienna, Austria, where he stayed as a researcher for the Japanese Agency for Cultural Affairs. 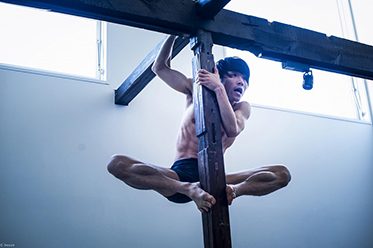 Miho Inatsugu is an actress. She started acting for the theatre at Tokyo University of the Arts, and has since extended her scope of activities through auditions, without joining a particular company. Other than several works with Yukari Sakata during their university days, she has also performed mainly in the works of directors Shu Matsui (Sample Theater Company), Shigeki Nakano (Shigeki Nakano + Frankens), Yudai Kamisato (Okazaki Art Theatre), Mikuni Yanaihara and Toshiki Okada (Chelfitsch). 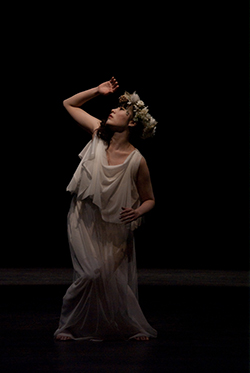